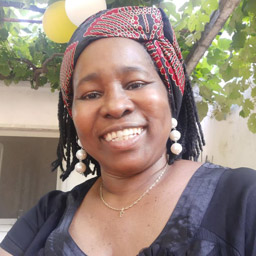 Treasurer of the Portuguese Platform for Women’s Rights (PpDM).

She was founder and is currently president of the Mén Non Association – Association of Women of São Tomé and Príncipe in Portugal since march 2017, having also served as General and Financial Secretary (2010-2014) and Vice-President (2014-2017). She coordinates projects in the area of migration and integration of immigrant and Afrodescendant women.

She represented PpDM on the European civil society platform against human trafficking (2013-2015). She was founder and Secretary-General of PADEMA – Platform for the Development of African Woman (2016).

She has training in management of tourism and hospitality businesses and tourism development and planning.