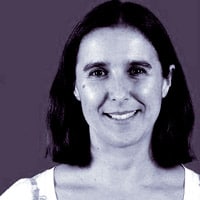 Natacha Amaro, 43 years old, senior technician, born in Lisbon. She has a Bachelor degree in International Relations and a post-graduate degree in European Studies. She was connected to the European Parliament for ten years.

She was elected by the PCP for the Lisbon Municipal Assembly in 2013 and became the alternate for the Commission of Social Rights and Citizenship.

She has been involved with the women’s rights movement for several years and she is a former director of Movimento Democrático de Mulheres (2005-2014).

“From policy to practice: making real impact a reality” session

The resolution was proposed by the PCP [Portuguese Communist Party] and it was integrated in a series of proposals presented in the National Assembly, in the context of the International Woman’s Day, and it referred to the combat against the impoverishment and exacerbation of poverty amongst women. It included in its deliberations a recommendation for the Government to create a “Plan of Combat to the Exploitation of Prostitution”, guaranteeing prostituted people an immediate access to social and professional reintegration, mainly through a privileged access to mechanisms of social protection (income support, housing support, health, academic and professional training). Their children should also be given privileged access to social mechanisms.

The PCP presented this proposal, which had a comprehensive approach to issues of poverty and took into account the harsh social and economic context of the country at that time. This context pushed working women to situations of poverty and those who were already poor to even great impoverishment. The natural consequence was the growing difficulty of women in prostitution to exit, as well as an increase of women that entered prostitution for the first time.

However, over the years, many other proposals were made by the PCP on this issue. Shortly after that one, a Recommendation to the Government was presented to strengthen measures to combat human trafficking and the exploitation of prostitution, which derived not only from our conviction that many things needed to be done, but also due to the actions and information conveyed by women’s organizations that have been working on the issue for quite some time (MDM, O Ninho, European Women’s Lobby). This proposal of a resolution did not pass, with the particular counter votes against (from ALL parties excluding PCP and Os Verdes) its points that called for the elimination of all documents, campaigns or other main instruments that referred to the false distinction between forced and “voluntary” prostitution as well the designation of this violent reality as a profession.

The recommendation we initially mention was approved in 2013, but it never materialized. Both the current PS government as well as the previous PSD/CDS-PP government, which was in power at the time of the approval, did not implement the Plan. Actually, several governments have belittled the issue of prostitution, always resisting the idea of it as a serious form of violence, despite the current legal framework. In Portugal, we have the Constitution of the Republic and a Penal Code, as well as many international conventions which were ratified. The Portuguese Penal Code considers pimping a crime and what we expected from the various governments was a clear action in defense of the victim, for her protection. PCP and BE are the only parties with clear and public positions on the matter (and contrary to each other). The “void” caused by the ambiguous position of other parties has led to the existence of consensus for domestic violence, for example, that count with the support of the PCP, but not in prostitution. It is as if domestic violence was a kind of violence we should oppose, but not prostitution.

The approval of a recommendation on the “Plano of Combat of Exploitation in Porstitution” five years ago, which did not lead to anything being done, highlights another political positioning that we should note: the attempt to pass conceptions such as “voluntary prostitution” in opposition to “forced prostitution”, not including it, as should be done, in the most serious forms of violence and exploitation against women. In that false dichotomy between prostitution that is “voluntary or consented” and the one that is “forced or coerced”, the need for prevention and combat to this form of violence as well as protection and support of people in prostitution is blurred. Therefore, we can see approved, less than three months ago by the current government a Plan of Action for the Prevention and Combat of Human Trafficking 2018-2021. This is very important but at the same time, it contributes to the same myth: that we should act against “forced prostitution” while we keep ignoring the fight against the exploitation of prostitution as it was written in the recommendation of 2013. It would be essential to adopt the referred Plan of Combat to the Exploitation of Prostitution, as well as many other measures that the PCP has proposed and defended over the years and that are still not approved: a public network of support centers and shelters, the creation of a phone line, strengthening of awareness-raising campaigns, changes to the Advertising Code, more resources of the Observatory of Human Trafficking, etc.

From our perspective, the root causes of prostitution remain unaddressed and some have even worsened. It is a social problem that follows and expands with capitalism: which is inseparable from the exploitation mechanisms, oppression and violence against women; that is based on a social structure in which the dominant social classes subjugate the exploited ones, subordinating the role of women.

With the exacerbation of the structural crisis of capitalism (the gigantic accumulation of wealth and capital, a serious increase of exploitation and offensives against social rights, the control of financial capital over the economy, the attack against freedoms and democratic rights), there is also an exacerbation of injustices and social inequalities, poverty and social exclusion, and the undermining of status of women. Prostitution cannot be disconnected from all these issues and there is a real responsibility of all political parties to fix it. The PCP has accepted this responsibility. It is essential for other parties to accept it as well.

For the Lisbon Municipality, the PCP has also clearly defined its priorities on this issue: in its electoral program for the last municipal elections, which took place almost a year ago, there is a section with the title “The combat against exploitation in prostitution and human trafficking”, which advocated for a Lisbon committed to rejecting the exploitation of prostitution as well as any attempt to regulate the business of prostitution; the support to specific programs of professional training and employment for people who are victims of trafficking and prostitution as wel as awareness-raising campaigns. This political commitment of the PCP derives from our long work on this issue, but also from the situation in the capital, from how the phenomena connected to prostitution and trafficking have evolved here, and from a deep reflection about the role of local democratic power in the combat against this unacceptable form of violence. Therefore, we prepared during this mandate several proposals to present to the local council that reflected these goals.

The issue with the designation of “sex work” precipitated the discussion and in some way it removed its focus. From the moment in which the councilman of the Lisbon Municipality, who was responsible for the social department and elected by the BE, decided to summon in April the first meeting of a Local Platform in the Area of Sex Work, it became imperative to intervene and stop this attempt to treat prostitution as a professional activity, in the framework of our work in Lisbon.

Despite protests from some of the summoned organizations for that meeting and from the elected members of the PCP, which immediately in the session of the Lisbon Municipality questioned the councilman and the executive about the intentions of such a designation, it remained a semantic discussion over different vocabularies. In several moments and locations (Lisbon Municipality offices and the Assembly of the Lisbon Municipality) the elected members of the PCP refused to ignore the use of this terminology, proposing to avoid using it at all, and proposing to re-center the focus on the municipality in supporting and protecting people in prostitution, in the creation of programs of professional training and social reintegration. This is the basis of the recommendation referred, proposed by the PCP and approved in the Lisbon Municipal Assembly in June.

It is very disturbing that a single councilman or municipality may take actions that go completely against the national legalization and that, through the actions of the municipality, completely wrong images on prostitution could be disseminated to schools and young people, in order to make it an ordinary occurrence.

We also continued to work on our proposals of the electoral program and presented in the Lisbon Municipality, also in June, a proposal of Municipal Strategy for the Intervention in the Area of Prostitution, that has not been scheduled or voted yet. This strategy includes several aspects that are essentials for the elimination of exploitation in prostitution: conducting a study on prostitution in Lisbon, enlarging the programs of professional training and employment for people in prostitution, awareness-raising actions with elected members and workers of the municipality, measures that can facilitate the access of prostituted people to an array of social aids, the support to field organizations, etc. We believe that this Strategy, if approved, can be a very important contribution by the municipality. From a local standpoint, here in Lisbon, we believe that this Municipal Strategy of Intervention should be implemented and executed as soon as possible. It will be an essential milestone in the effective and concrete combat against the exploitation in prostitution in Lisbon, and also an example and incentive to other municipalities to actively intervene on this issue.

For the PCP, the combat against the exploitation of prostitution continues to be a just and contemporary cause, essential in the fight for women’s equality and for the more general fight for freedom and democracy, progress, justice and peace. That is where you shall always find us, in the EU Parliament, in the National Assembly, in parish councils, near the population, in the fight for equality and fighting the exploitation of prostitution.