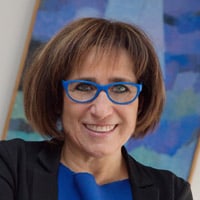 Viviane Teitelbaum is a member of the Regional Parliament of Brussels since 2004, where she chairs the committee on Environment & Energy and is deputy chair of the Committee on Equality between men and women. As Deputy to the Mayor in the municipality of Ixelles, she is in charge of urban planning, environment, economic development, and public cleaning. In charge of finances for 5 years she has implemented the first gender budgeting in a Belgian municipality.

She is the past President of the European Women’s Lobby (EWL) elected in that position from 2012 to 2016 and of the French Council of Women in Belgium that she chaired from 2010 to 2018. She is currently the cofounder and chair of the Observatory of Violence Against Women.

She holds a licence in Journalism from ULB (Brussels) and a Master’s degree in International Relations, from the University of Southern California (USA). She is a writer who has published ten books, and is co-author of different collective publications and books, including a Glossary of feminism.