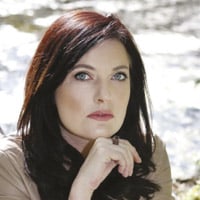 Rachel Moran is an international speaker and abolitionist activist. She is the founding member of SPACE International and author of the bestselling ‘Paid For – My Journey Through Prostitution’. Her work has been endorsed by Jane Fonda, Jimmy Carter, Gloria Steinem, Robin Morgan and many others. She speaks regularly at the United Nations in New York, the European Parliament in Brussels and has spoken numerous times at Columbia and Harvard Universities and other noted international places of learning.
Rachel has travelled through more than twenty countries educating on the exploitation of prostitution. Her political memoir, regarded by legal scholar Catharine MacKinnon as “The best work by anyone on prostitution ever” has been published in eight countries and numerous languages with French and Arabic translations currently underway.
Rachel was centrally instrumental in bringing the Abolitionist (Nordic) Model to Ireland in two separate processes on either side of the Irish border, and has been responsible for identifying and unifying the more politically relevant voices in overseeing the recent emergence of the international survivors movement, which calls for the implementation of the Abolitionist Model worldwide.