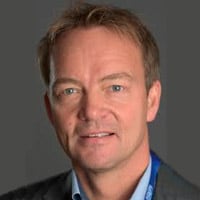 Per-Anders Sunesson, who is a lawyer, has been working both in Sweden and internationally for more than 20 years with social and criminal policies, crime victims issues, children’s rights, legislation and welfare systems.

The Swedish government appointed Mr. Sunesson Ambassador at Large for Combating Trafficking in Persons in May 2016. Prior to this assignment he upheld a position as Director General at The Ministry of Health and Social Affairs where he was in charge of the Division for Family and Social Services.

He was between 2009 and 2012 Director for the Department of Supervision of all healthcare institutions, healthcare personnel and social services in Sweden. He has also worked several years at The Ministry of Justice.

In the late 1960s, and early 1970s, a new public debate took place in Sweden and internationally about sexual relations and power differences between men and women. The debate led to new insights and new initiatives to strengthen and ameliorate the position of women in society, address discrimination of women in all areas of society, and a commitment to counteract male violence against women.

During the 1970s and 1980s, feminists, including women with lived experiences of prostitution, together analyzed women’s position in Swedish society and how men, through the exercise of power using different forms of violence against women, maintained the subordinate position of women, including by those men, who paid for and exploited the most marginalized women and children, mostly girls, for prostitution purposes.

The initiative to criminalize those men, who attempt to and/or purchase sexual acts/services, originated in the feminist political discussions within the Swedish women’s movement in the early 1970’s, and was eventually carried forward, in the late 1990’s, by the women’s associations of most of the political parties.

In 1976, a proposal for new legislation on sexual offences was tabled. In 1977, the Government appointed a Commission of Inquiry, with the objective to investigate the issue of prostitution. During this Inquiry, and building on a feminist analysis, women with experience in prostitution voiced their lived realities, and emphasized the central role of men in prostitution, as procurers, as traffickers, and as prostitution users. The demand as a root cause of prostitution was considered.

The outcomes of this Inquiry were presented in a report in 1981, with the overall conclusion that prostitution is incompatible with gender equality, and with the political ambitions to create a gender equal society in Sweden.

In 1980, Sweden signed and ratified the United Nations Convention for the Elimination of All Forms of Discrimination against Women (CEDAW), thereby making a binding commitment to “take all appropriate measures, including legislation, to suppress all forms of traffic in women and exploitation of prostitution of women.”

On 1 January 1999, the law that prohibits the purchase of sexual services came into force.
In 2000, the Government made the implementation of the reformed prostitution laws, including the law that criminalized the purchase of sexual services, and the development and implementation of further comprehensive policies and strategies across all policy areas in relation to prostitution and trafficking in human beings for sexual purposes, a political priority.

We have evaluated the law a couple of times from different perspectives. The results show that

In short – the ban has helped to

Some practical steps that can be taken to achieve results is