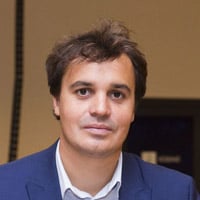 Grégoire Théry is the co-founder and executive director of CAP international, a coalition of 28 frontline NGOs providing direct assistance to victims of prostitution and trafficking in human beings for sexual exploitation in 21 countries. In 2013, he was appointed as member of the French High Council for Equality between Women and Men (HCEFH), an advisory body working under the authority of the Prime Minister. He is a permanent member of its “violence against women” committee.
Prior to this, Grégoire has worked six years as Permanent Representative to the European Union of the International Federation for Human Rights (FIDH). Grégoire Théry is also a former Secretary general of the frontline service provider Mouvement du Nid. He graduated from the Institut d’Etudes Politiques de Strasbourg and holds a Master II in “Politics and Public Affairs in Europe”.
Grégoire is a member of the Advisory Board of the Nadia Initiative, founded by Nadia Murad, yazidi survivor of sexual slavery by Daesh and UNODC goodwill ambassador on trafficking in persons.